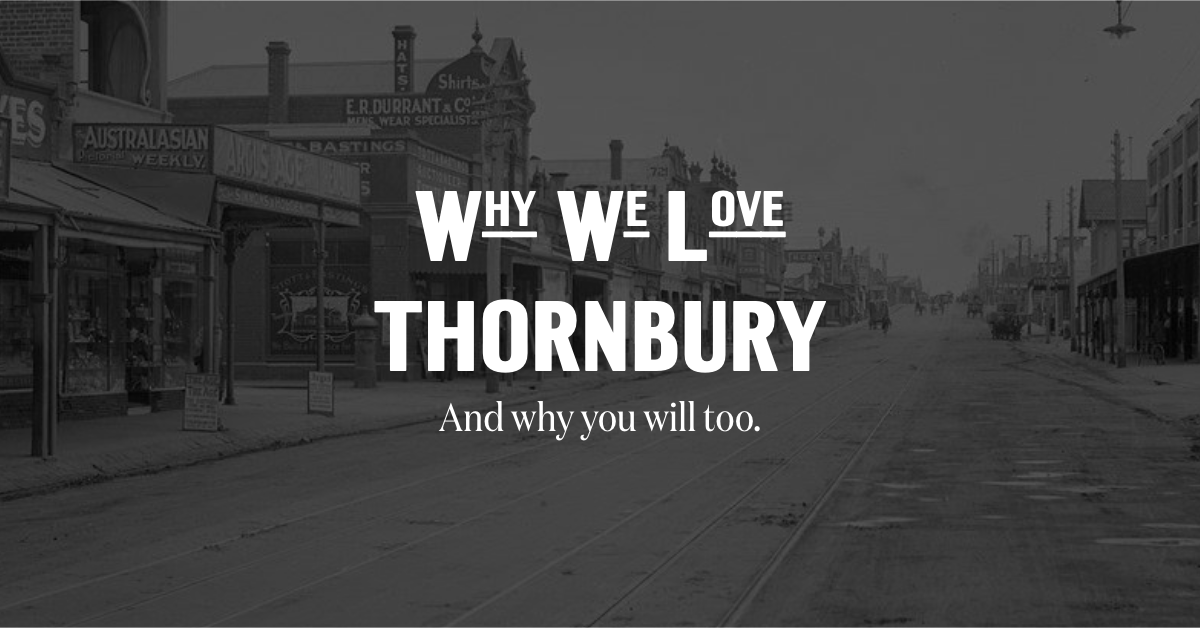 A melting pot of young families, professionals, hipsters and Nonnas.

Thornbury is an inner northern suburb of Melbourne located 7 km from Melbourne’s CBD. The bustling heart of Thornbury village runs through High Street, sandwiched between Merri Creek and Darebin Creek.

To be honest, we are a little biased towards Thornbury. Some of us at William Huxley have lived in Thornbury most of our lives. Thornbury is a lot easier and welcoming than the more gentrified suburbs like Fitzroy and Carlton. It has a lot of character, with a diverse group of people living and working in the suburb. Thornbury seamlessly blends into Northcote in the south and Preston at the north. It is a suburb rich with culture, nightlife and a healthy mix of older and younger generations. If you’re new to Melbourne or want somewhere with plenty of energy without the hustle and bustle of inner-city living, Thornbury is the place for you.

“Earmarked as an up-and-coming suburb for many years, Thornbury is a cultural melting pot popular with hipsters, professionals, young families and older migrants who moved in decades ago…it has its own parochial buzz with pubs, boutique shops and cafes on High Street and its local schools, including Thornbury High and Northcote High, have a great reputation.” 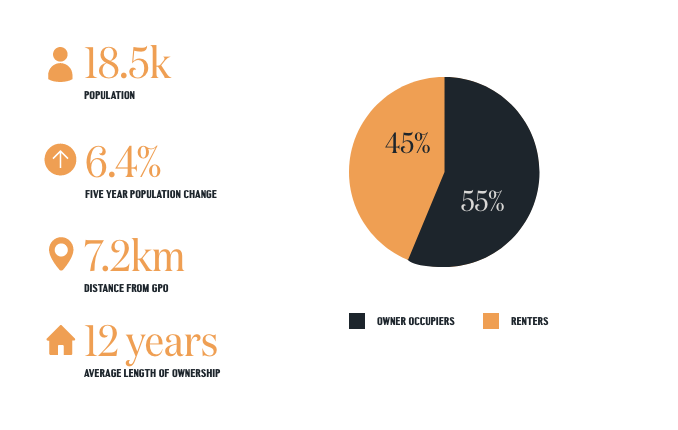 Our favourite spots in Thornbury

Thornbury is home to many bars and nightspots, including Kitty Somerset, Tago Mago, The Thornbury Local, Cactus Room, Lentil as Anything, The Thornbury Hotel, Welcome To Thornbury, The Thornbury Theatre, an art-house cinema, and the Croxton Park Hotel which often features overseas touring artists. It also has a large alternative music culture which is evident in some of the independent music stores found on High Street such as Thornbury Records.

From morning, noon and late nights, there are so many great places to visit in Thornbury.  However, we’ll try to keep it brief. If you want a more comprehensive hospitality list, jump over to Broadsheet’s Guide to Thornbury. 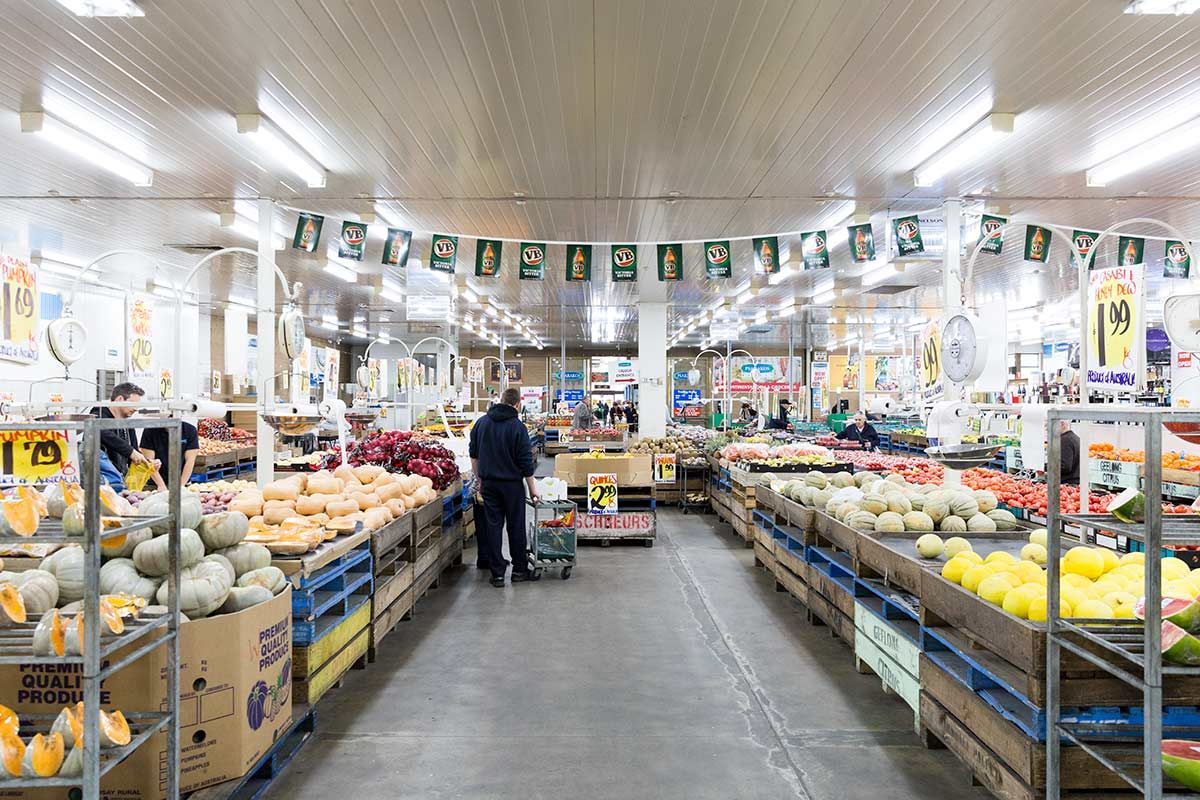 Thornbury has a strong Greek and Italian population which means that there needs to be a great market and deli to match. Psarakos Market is a traditional market with a large fruit and vegetable shop at the rear, a deli to the side and a bakery, butcher and florist in the middle. A great place for cheap, fresh and high-quality food. 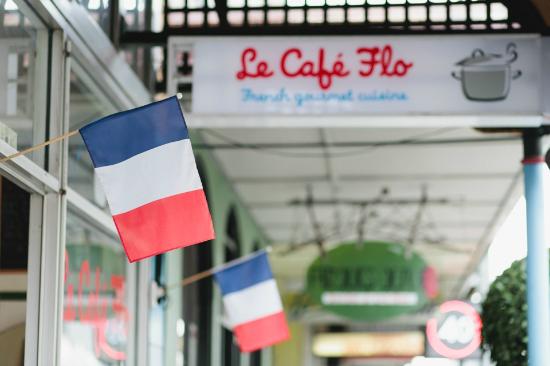 Right across the road from Psarakos is Le Café Flo. A small, french Cafe with plenty of character. They pour a perfect brew and bake fresh pastries and classic french baguettes. Flo is also a super friendly guy, if you live in the area, it won’t take long for you to be on a first-name basis. 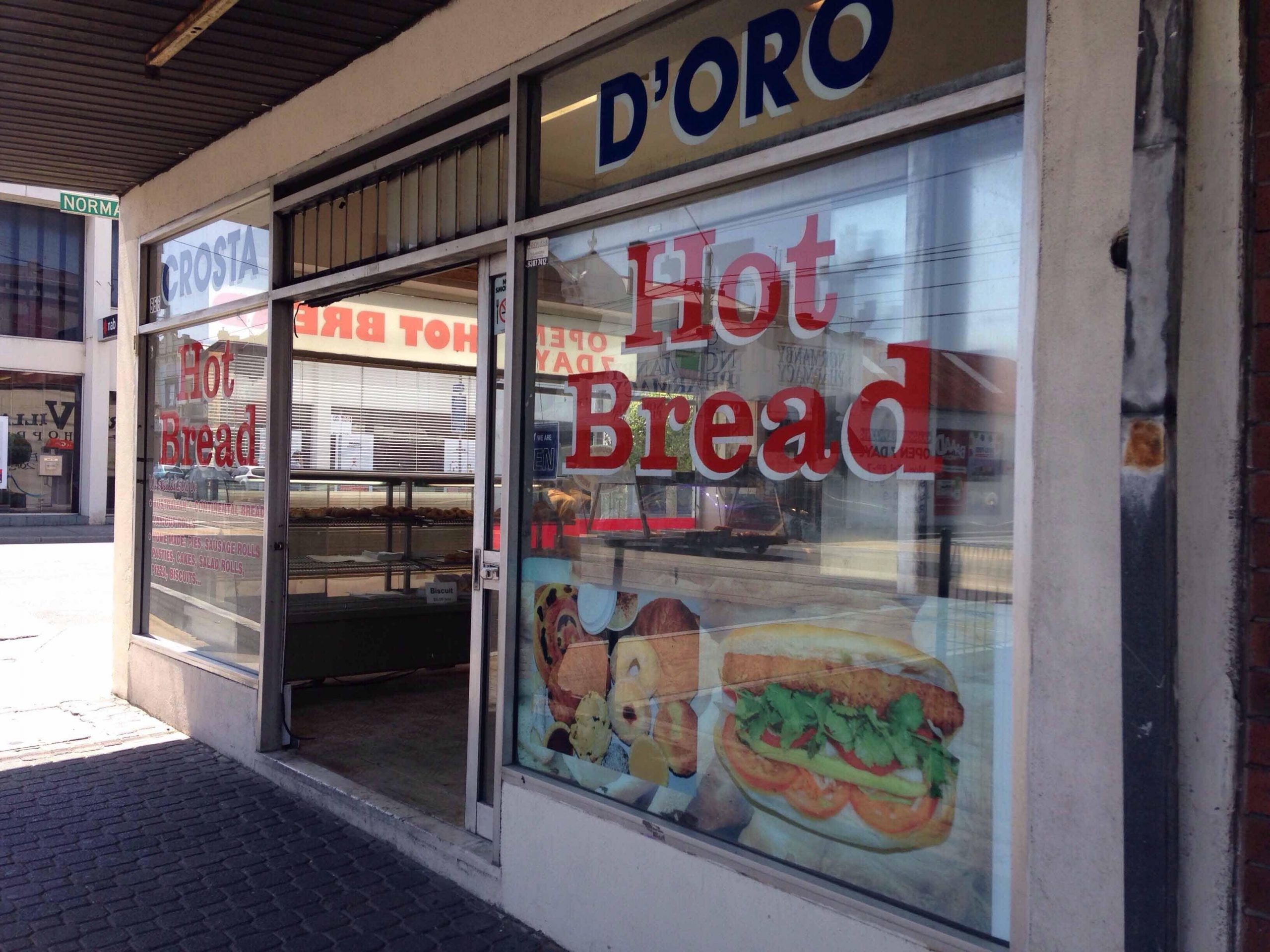 Yeah yeah, we know. Everyone thinks that their local Banh Mi store is the best. But it’s not. Because Crosta D’Oro Hot Bread in Thornbury is the BEST. It is a classic Banh Mi store, no-frills, cheap Vietnamese rolls and questionable customer service. It’s also right next to Psarakos – what’s not to love! 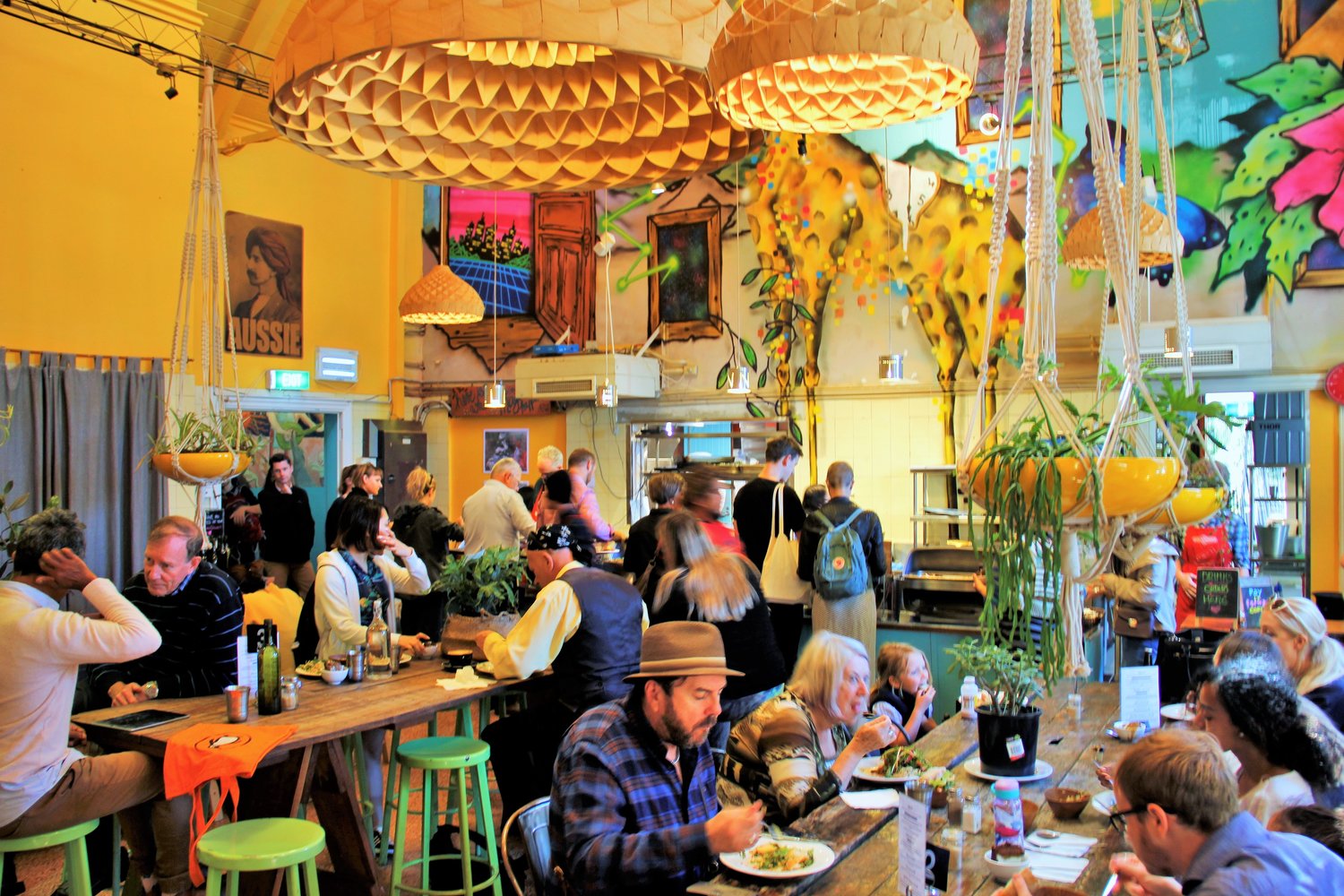 This is the sister store to Lentil As Anything in Abbotsford. Lentil Thornbury is home to ‘The Inconvenience Store’, a little shop with fresh food and rescued produce, that has been picked up by their amazing volunteers or donated by incredibly generous growers and retailers. They also have live music on a weekend and they make a wicked turmeric latte. 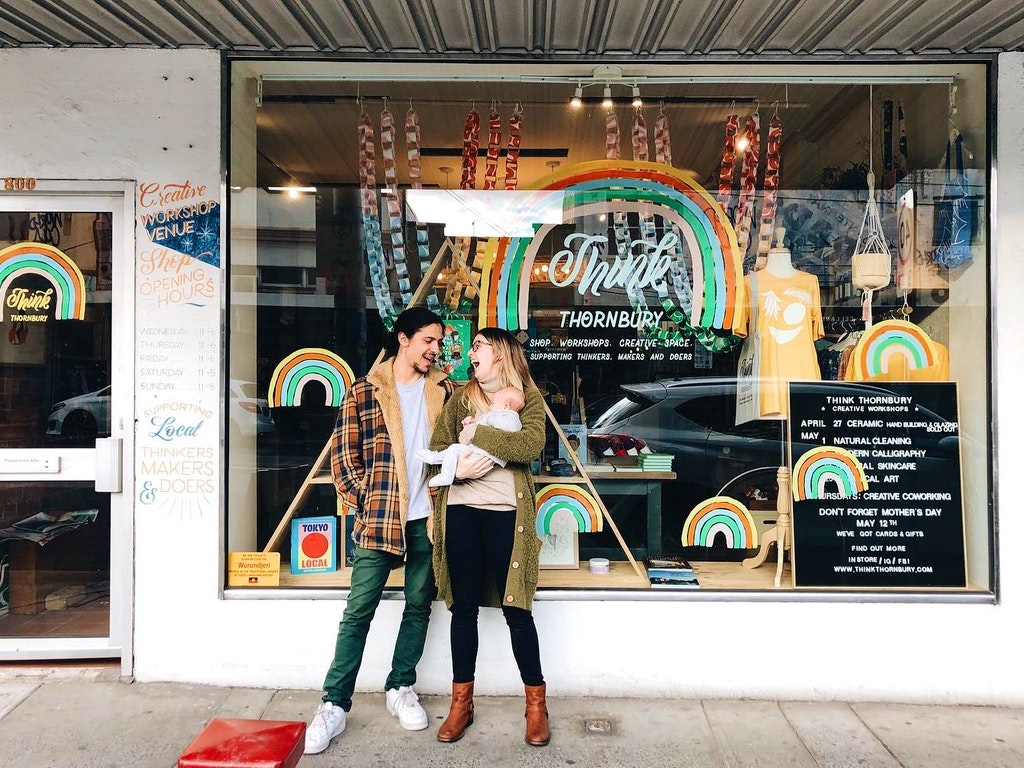 A boutique shop curated to bring some joy into your world. Think Thornbury supports the thinkers, makers and doers. They also run little workshops that are inclusive and fun for all.

The Bar Next Door

Technically it’s in Northcote but it’s too good to leave out. Love to dance but hate going to nightclubs? This is your place. It’s a small bar fueled with good vibes, cold beer and live reggae music. The perfect place to get your groove on without leaving High Street.

An independent family-owned bottle shop specialising in small boutique producers of spirits, wine & beer. Their craft beer selection is amazing and they have a tap house out the back. You can sit out on the corner of High Street, sipping an XPA brewed locally and get takeaway delivered to your table from the endless options of quality food along High Street. If you’re living in the area, there’s no doubt you’ll be a regular at Carwyn Cellars. 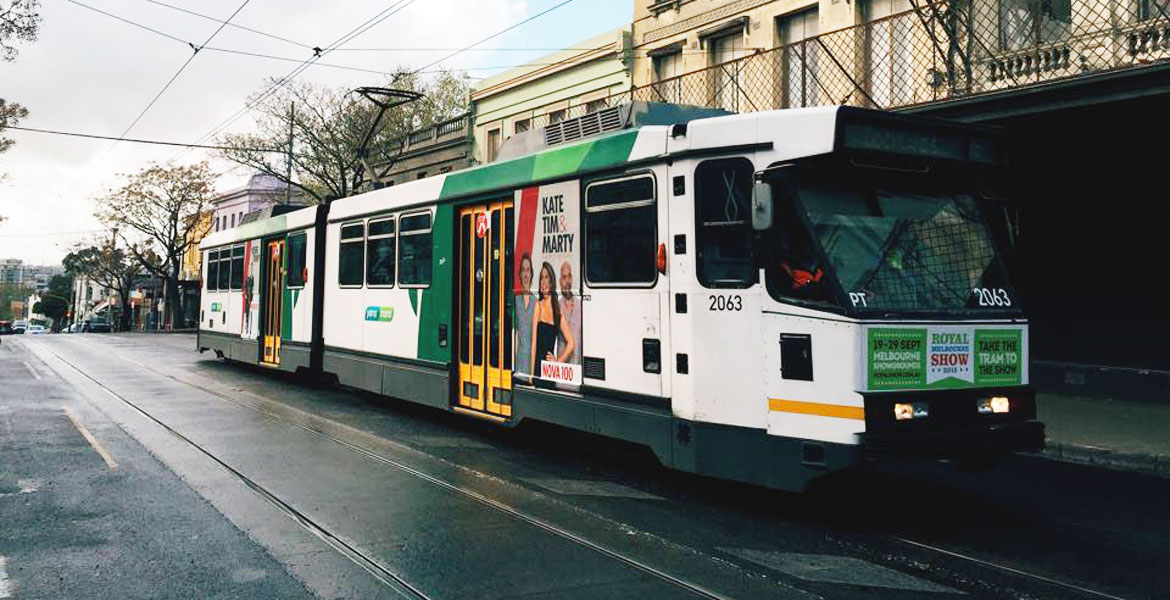 Wherever you are in Thornbury, you’ll unlikely be more than 400 metres from a tram.  Both tram lines (86 and 11) run through to the city and the Mernda railway line slips in between the tramlines. Which means it’s easy to get into the CBD for work or ride the tram as you bar crawl along High Street. 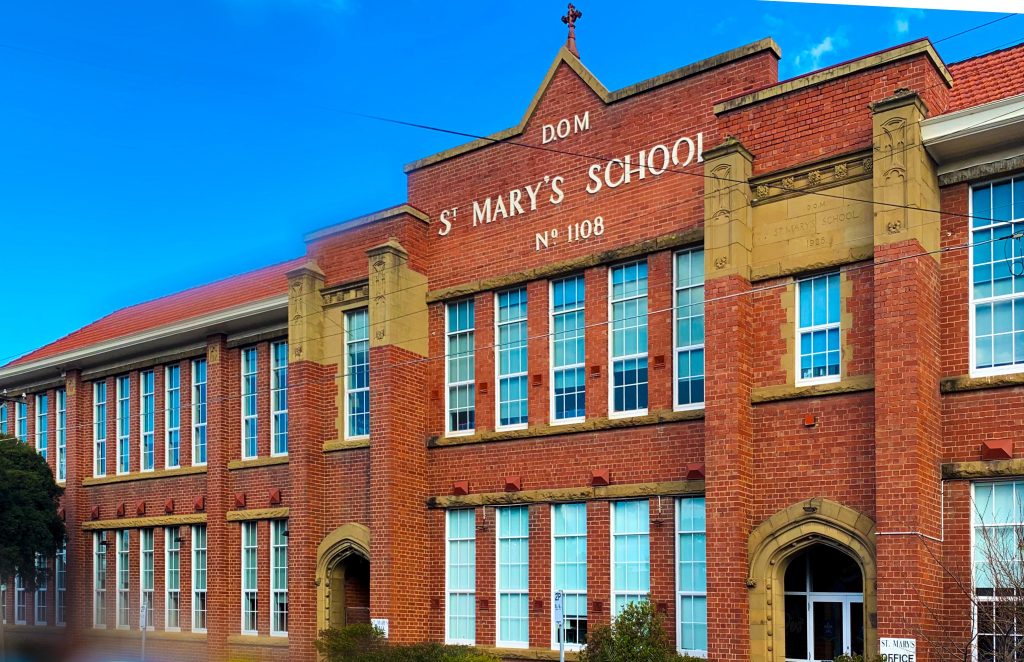 There are over 70 schools within 5km of Thornbury and over 20 schools in Thornbury itself. From state primary schools to all-girls grammar schools, there’s a choice for everyone.

Thornbury Primary School is a coeducational primary school, serving years P-6, located on Hutton St. A reasonably small school with less than 400 students, it is a great, local school with strong values.

Thornbury High School caters to a cohort of diverse students and has a long history of celebrating multiculturalism and cultural inclusion through its engagement with initiatives such as Harmony Day, and the Wirrapanda Foundation. The school is also a strong promoter of the performing arts, student radio, and Class TV, a student-produced television program airing on Channel 31.

St Mary’s School is a catholic co-ed school which first opened in January 1920 in one of the old wooden buildings, which was transported from St Joseph’s, Northcote. St Mary’s is a place of educational excellence and they strive to ensure that every child experiences success in all that they do. They provide many opportunities for a solid foundation to skill children for future learning. Children at St. Mary’s receive a well-rounded education that enhances their growth as a whole person. 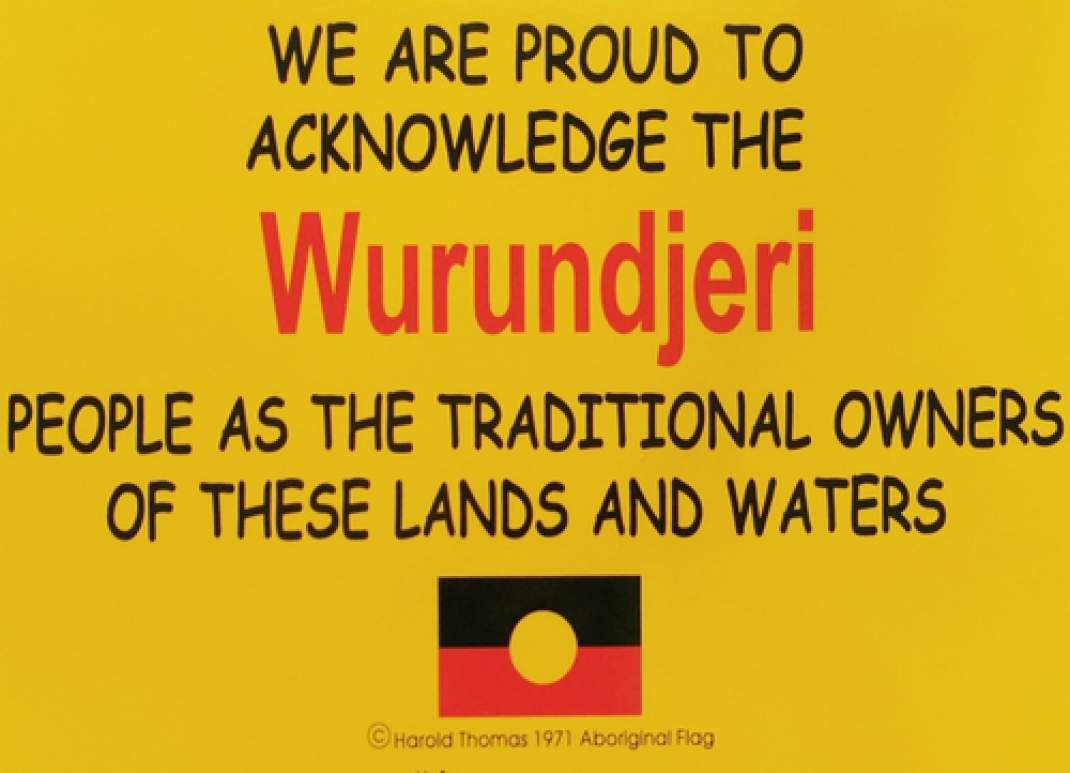 Aboriginal people have maintained a strong physical and cultural presence in Darebin in the face of displacement, disenfranchisement and policies of assimilation. At the 2016 Census, Darebin had a census population count of  1,165, Aboriginal and Torres Straitl Islander people living in 652 dwellings (one of the largest proportions of Aboriginal residents of the 31 municipalities in Greater Melbourne). Since the mid twentieth century this community has played a prominent role in the national struggle for Aboriginal rights and social justice. You can check out the Map of Wurundjeri land area and read more about the Wurundjeri Woi-wurrung People on the Darabin Council website. 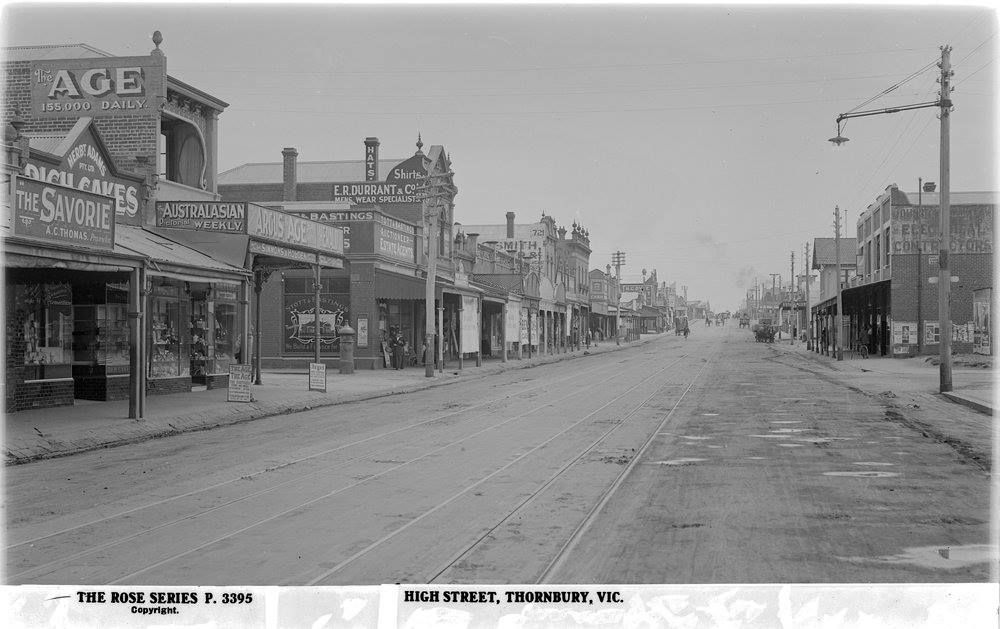 In 1837 Robert Hoddle surveyed the area later to be known as Thornbury and High Street was established as part of Melbourne’s grid system of street planning. Eight long, narrow allotments of between 140 and 260 acres which offered frontages of either the Merri or Darebin Creek, were bought by property speculators.

It wasn’t until the Melbourne land boom of the 1880s that Thornbury took off. Sales began when it became apparent that the railway from Collingwood to Whittlesea via Preston would have to pass through Thornbury. Vehicular access to the city was gained when a bridge was erected over the Merri Creek in 1886 and St Georges Rd was constructed.

Migration, beginning in the 1950s and continuing until today, has seen the community diversify greatly. According to the 2006 census the majority of overseas-born residents come from Italy, Greece, India and China and presently account for approximately 40% of Thornbury’s residents.

You can read more about the history of Thornbury here. 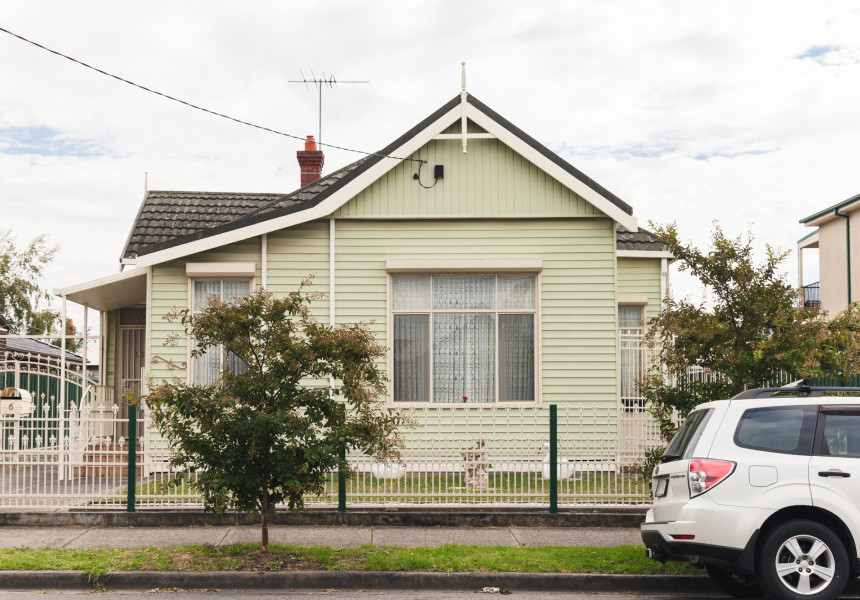 Property and Real Estate in Thornbury

One of the predominant architectural styles in Thornbury is the California Bungalow which is an indicator of the amount of settlement during the 1920s-30s. Thornbury is a mix of old school and new world, with some beautiful period homes and luxe new apartments – but, happily, you’ll find there are still affordable options too. Gentrification and development can be felt in Thornbury, but it still holds it’s true essence. With plenty of weatherboard cottages, Edwardian houses and the occasional 70’s apartment blocks; walking the streets of Thornbury on a spring afternoon is an afternoon well spent.

Renting and buying a property in Thornbury

Thornbury is a fairly hot market. Most of the houses are in a popular price range for young professionals. The bars, restaurants and easy access to parks and the CBD make it a great lifestyle suburb. Renting is very popular, and it has fared pretty well through COVID, whilst other surrounding suburbs have not done quite as well. Thornbury is a very well connected area for public transport and to services, so there is never a shortage of demand.

A great place for young singles and families

Thornbury is a great spot for young singles and families. There is a lot to do, so you need to have the energy to do it. In saying that though, there are older people that live through the suburb that also love the walkability of the suburb, and enjoy easy access to anything they could want to do.

The current property market in Thornbury

With a median house price just over a million dollars, it is in a great price range for a lot of people looking to settle in a lifestyle suburb with lovely period homes. There certainly is an expensive top end of the market, but the median price range between $1m – $1.5m has performed really well during the pandemic as it’s a very popular price range for young professional couples and young families looking to settle down. With attractive period homes throughout the suburb, the properties tend to attract emotional buyers.

There is a mix of properties throughout the area. The area offers gorgeous period homes, with Edwardian, Victorian and Art Deco very prominent. There is a lot of new contemporary townhouses, duplexes and apartments popping up around the suburb as well. It has quite an eclectic mix compared to other suburbs, which is reflective of the range of different people that live in the area.

Thornbury is a smaller suburb than most of those, so like any smaller community, it makes it tighter. The bordering suburbs of Northcote and Preston are very connected with High Street running through all the suburbs, so they are connected communities. Ivanhoe is a bit more of a conservative area with less artsy culture, which people love about Thornbury. You can get a bit more for your money in Thornbury compared to most parts of Northcote, but ultimately most people want to either be near the parklands or close to the high street strip where it all happens.

Thornbury is filled with plenty of things to do and is a great location in Melbourne. If you’re looking to rent or buy in Thornbury, we would love to help! Visit our current listings here or contact us directly here.