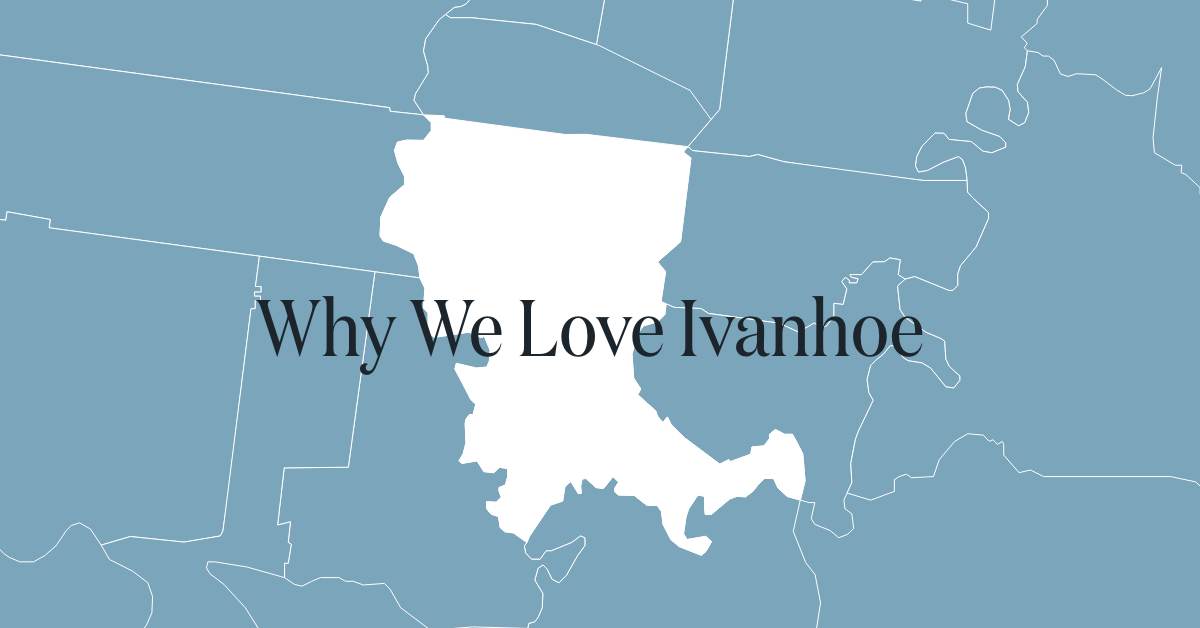 Ivanhoe in Melbourne, Victoria, is located 9 kilometres (5.6 mi) north-east of Melbourne’s CBD within the City of Banyule. It is a clean & green suburb with plenty of parks, recreation, schools, public transport and healthcare.

Although there isn’t a lot of nightlife or shops compared to the likes of Northcote or Thornbury, Ivanhoe is perfect for families with kids, professionals, retirees and singles. Ivanhoe is renowned for its prestigious schools, a major draw to the area, as well as its famous Boulevard Christmas Lights which attracts thousands of tourists every year!

If you are looking for a beautiful home on large blocks with park views in safe, quiet neighbourhoods – Ivanhoe is the place to be! Still unsure? Read up on some of the reasons we love Ivanhoe below.

If you’re already convinced, check out some of our Ivanhoe Rentals and Properties for sale. 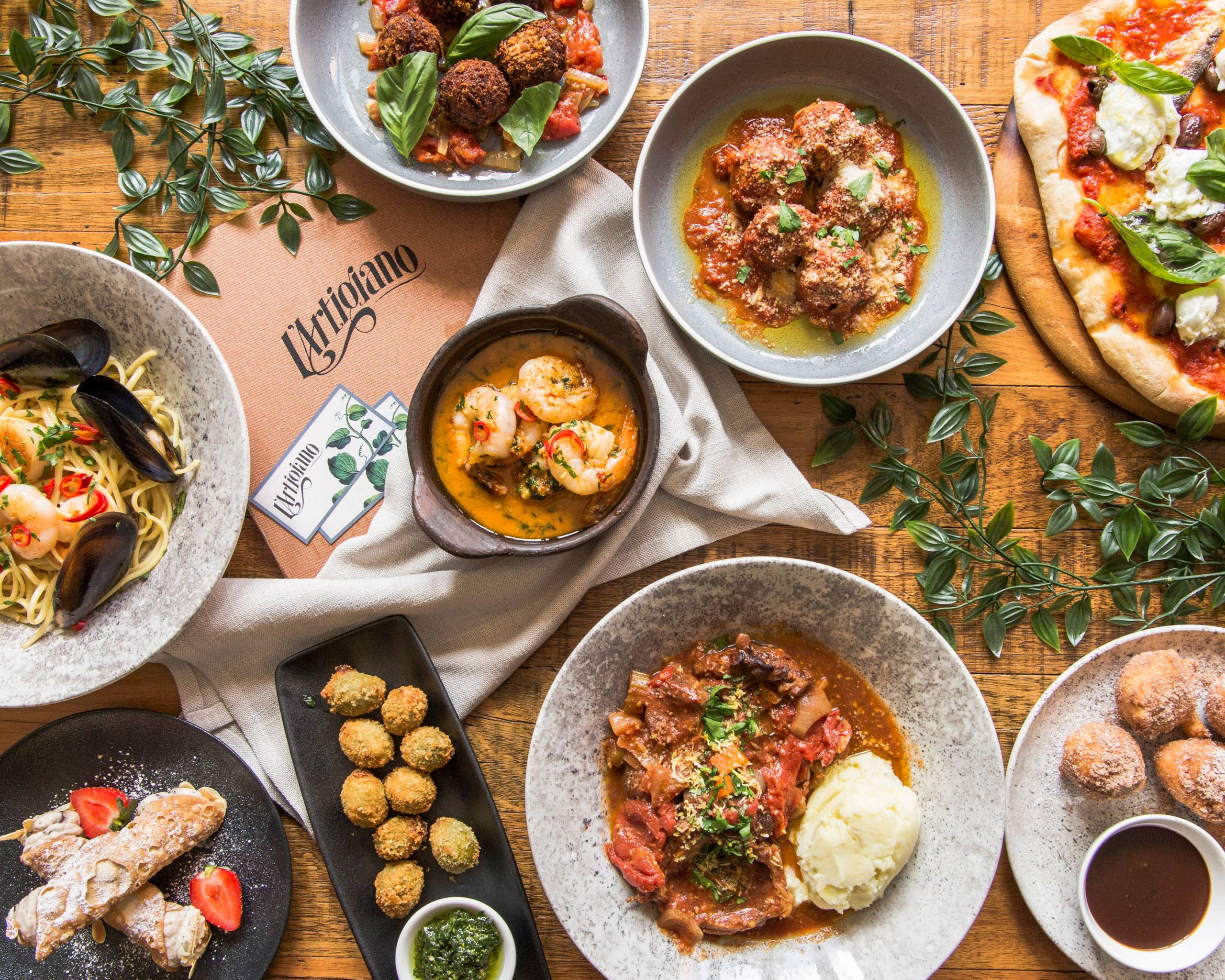 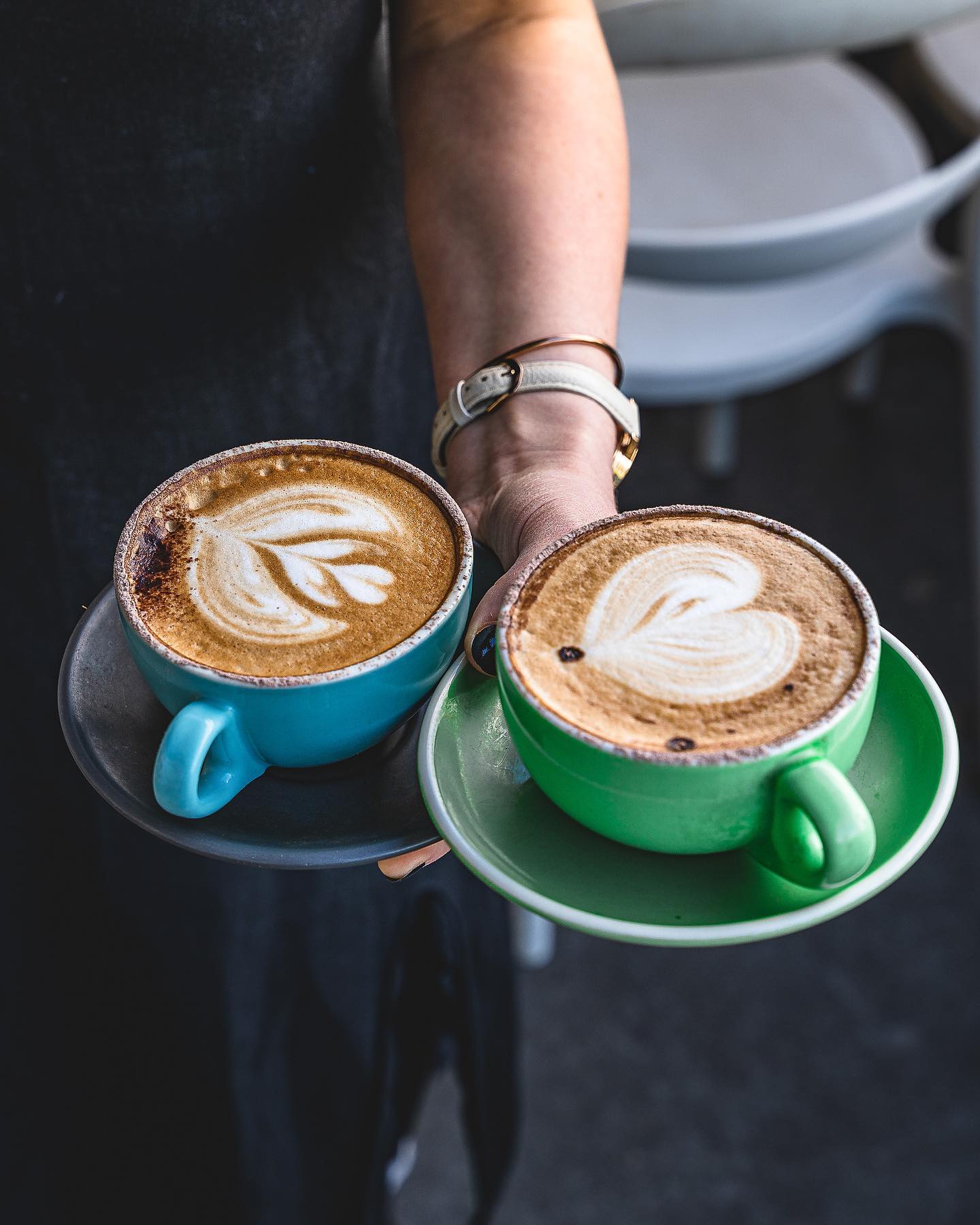 Ivanhoe has a great range of restaurants, bars and cafes. Although there isn’t a bustling night scene, there certainly isn’t a shortage of great venues to grab an excellent Melbourne coffee or a heart-warming meal.

The Foreigner – Nestled in the greenery of beautiful Ivanhoe comes to the areas newest and trendiest cafe. Boasting delicious coffee and an amazing menu, The Foreigner is sure to satisfy your every need.

Chei Wen – A little restaurant-bar inspired by retro innovation and free love, Chei Wen nostalgically takes you back to the future.

Toyama – The most popular Japanese restaurant in Ivanhoe. 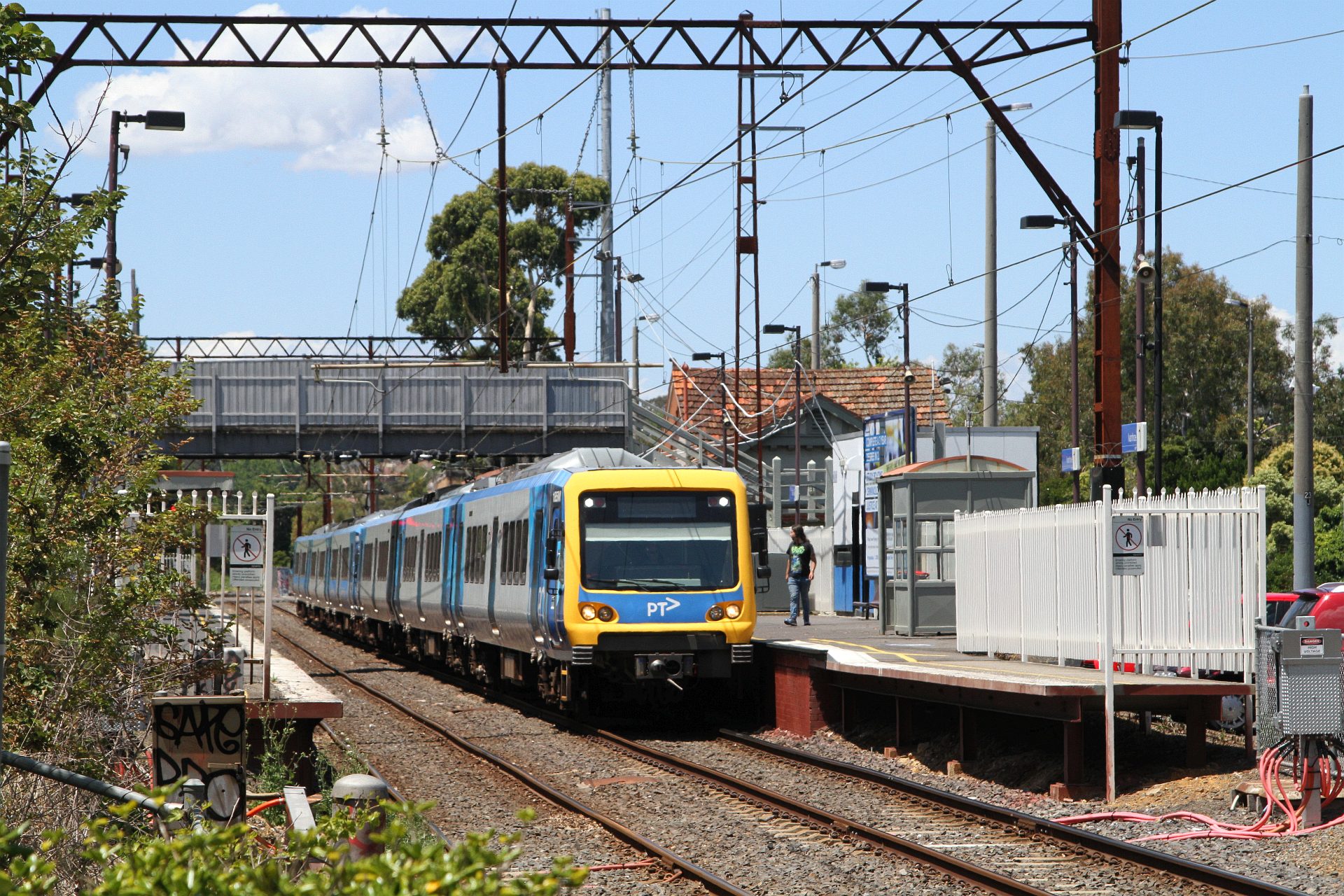 There are plenty of bus routes and train lines to get you to where you need to go.  Ivanhoe has two train stations which can get you into the city in 15-20 minutes! Commute with ease to the CBD while enjoying all the perks of living in a beautiful suburb. From Ivanhoe Station, the Hurstbridge line only takes 30 minutes from Ivanhoe Station to Flinders Street station and gets you home in a couple of stops. 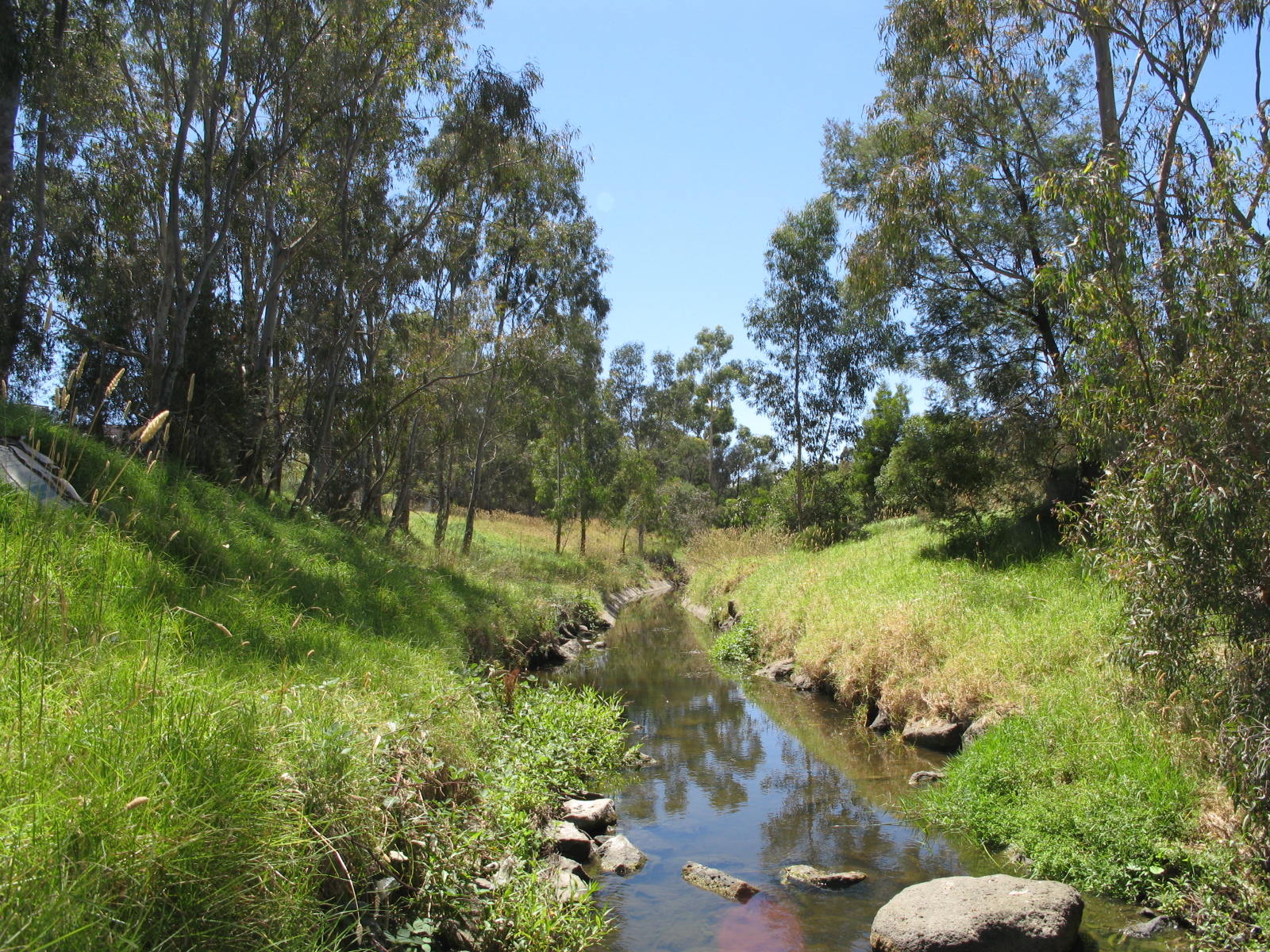 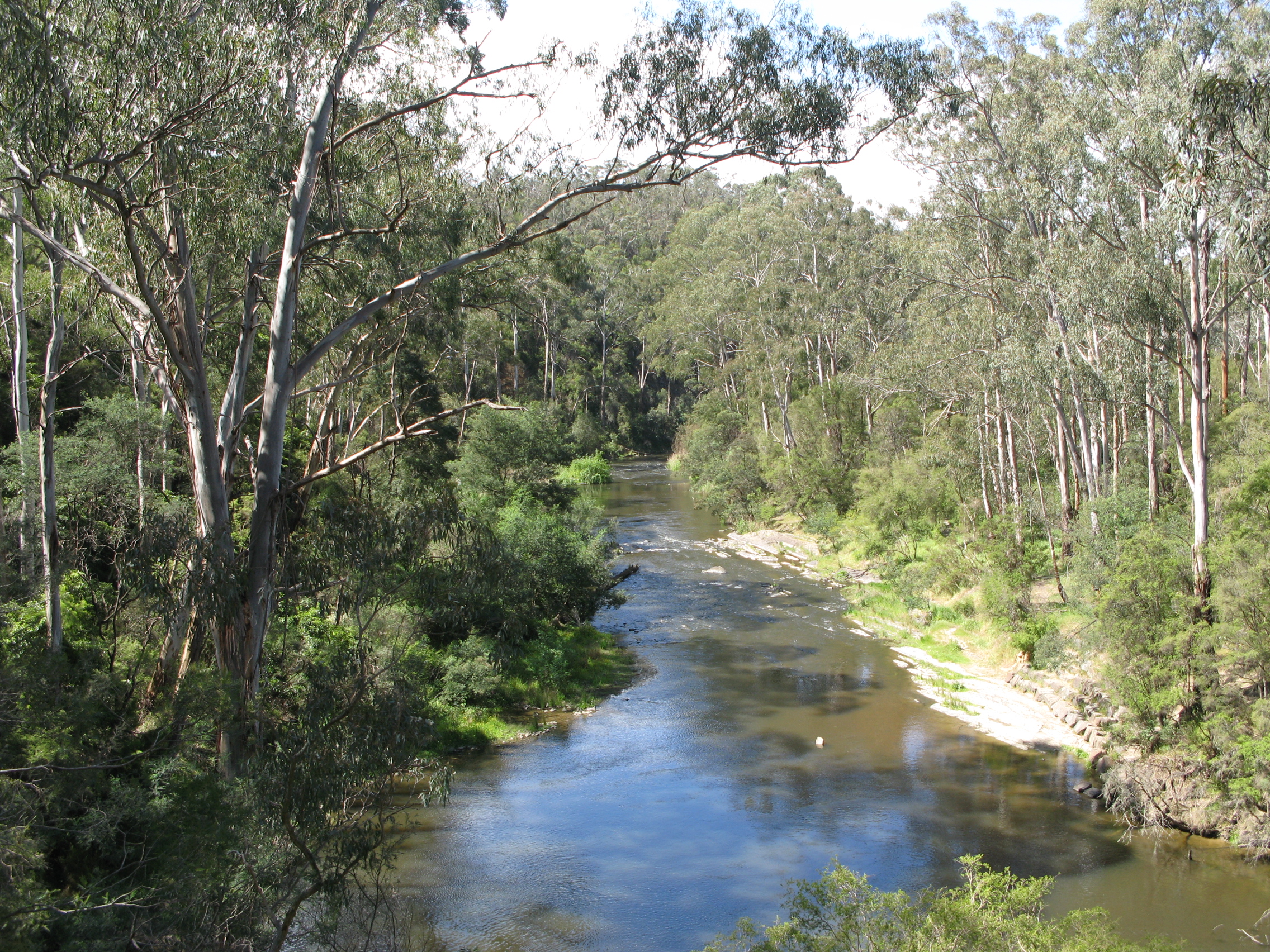 Ivanhoe is renowned for being a very green suburb with tree-lined streets and parklands — it has 21 parks covering nearly 9.7% of the total area!  The scenery is quite luscious with Darebin Creek on the west and the Yarra River on the south. A great location for kids and those who want to live close to the city but still be in touch with nature. Ivanhoe has plenty of sporting activities for adults and kids, including tennis clubs, football and soccer fields, a golf course and skate parks. 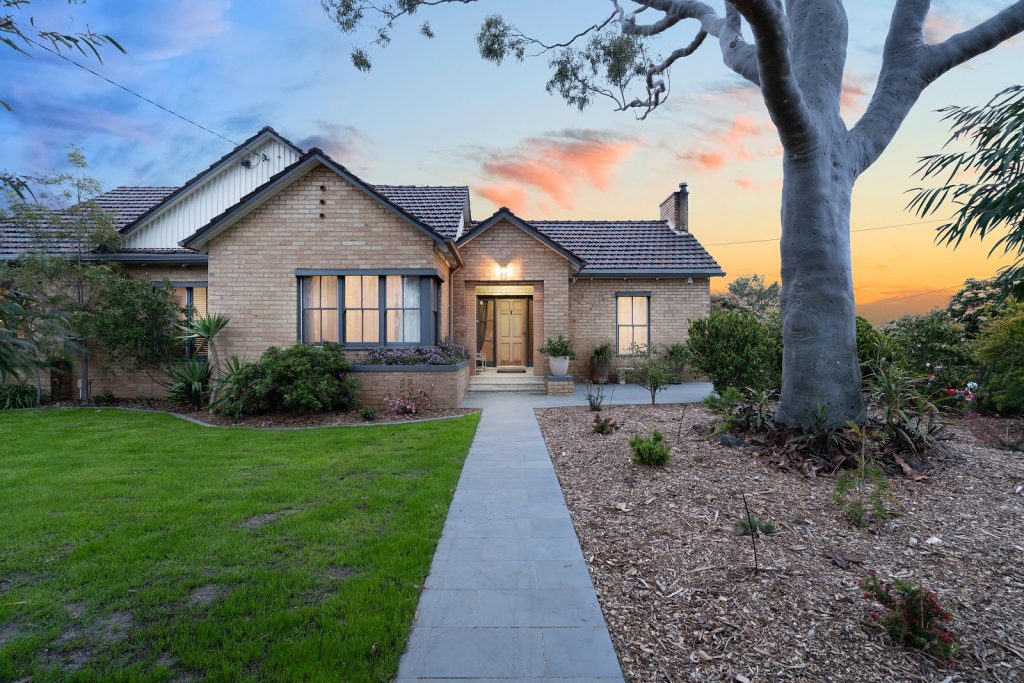 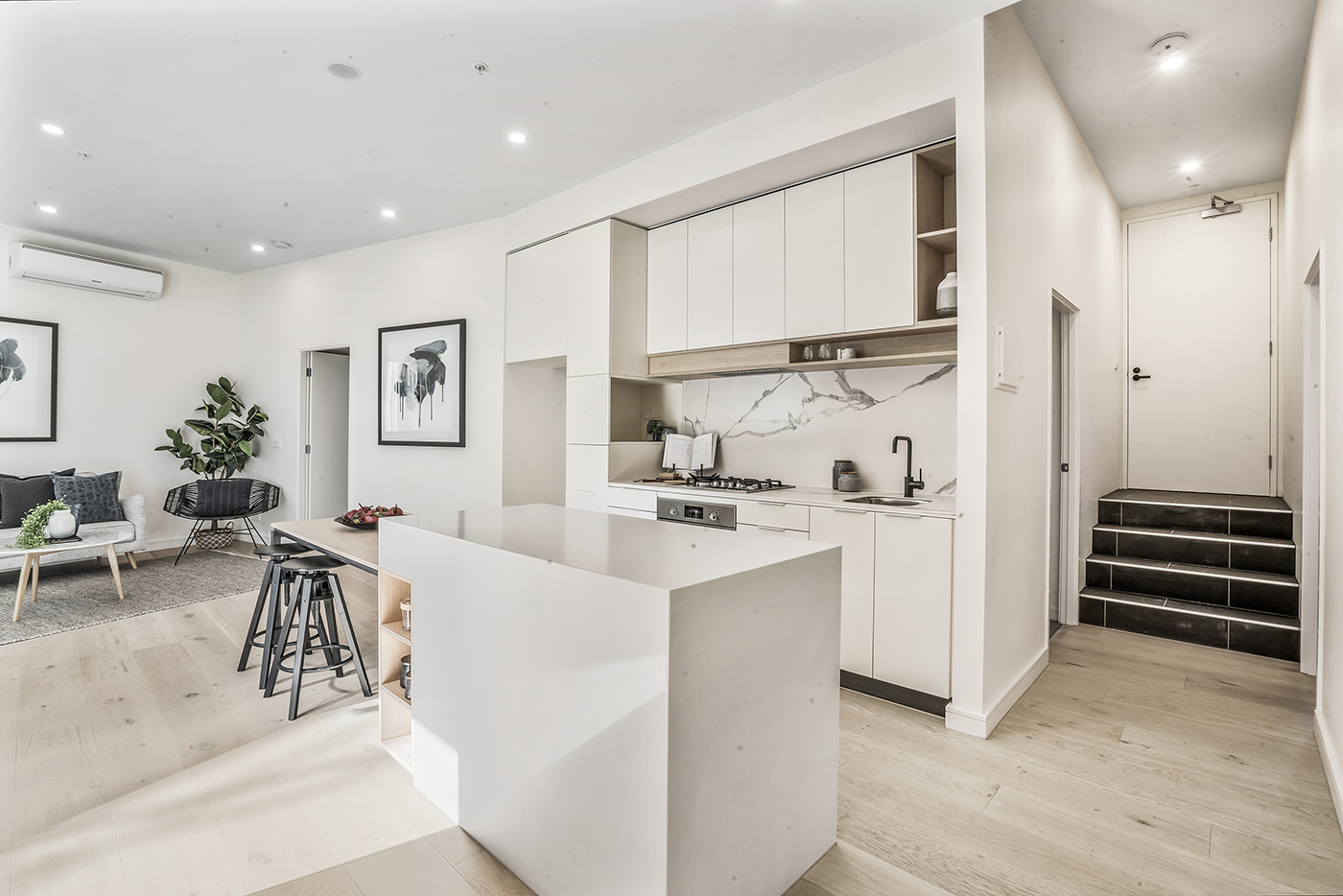 Ivanhoe tends to have slightly larger blocks compared to other suburbs such as Preston or Northcote. It is one of the more prestigious suburbs on the north-east and residents tend to stay within the suburb once they move there! Many of these homes boast of Federation Styles (Californian Bungalow, Edwardian, Queen Anne, Arts and Crafts) and Art Deco styling. This makes it perfect for families who need a bit more room for kids running around. But there is also a range of Off The Plan & New Apartments in Ivanhoe which has created more opportunities for those looking at renting or buying an apartment in Ivanhoe. Check out some of the houses and apartments we have recently sold in Ivanhoe. 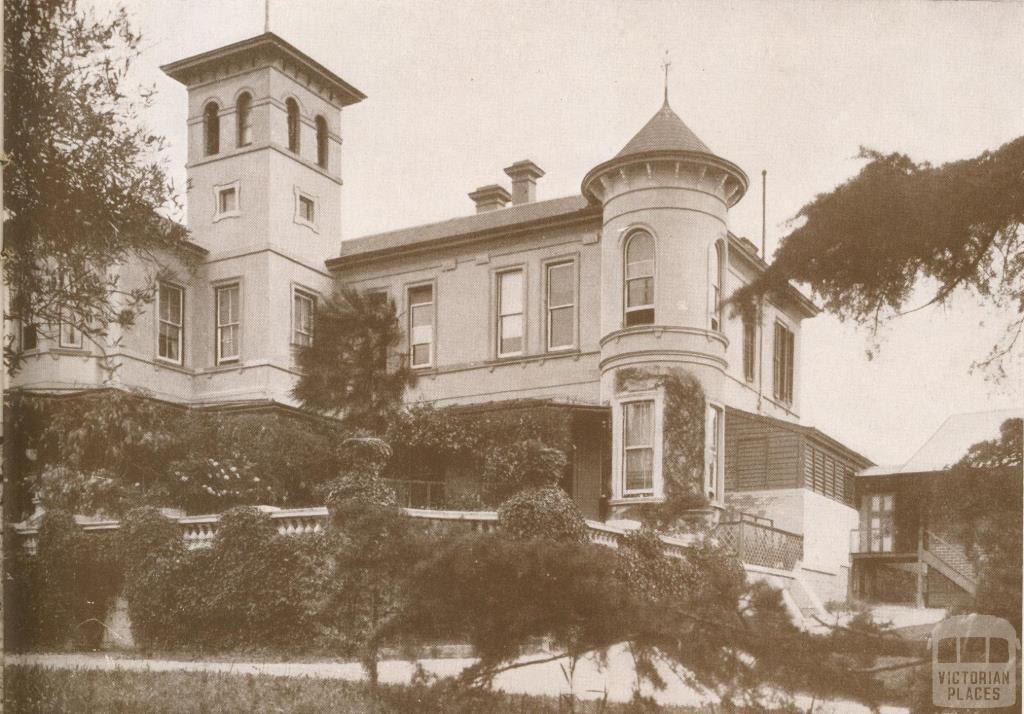 Ivanhoe is a suburban district on the northern side of the Yarra River, named from a novel by Sir Walter Scott. In the late 1880s, Ivanhoe was a village that consisted of simply the school, hotel, butcher’s shop, blacksmith and a few residences along the Upper Heidelberg Road. During the 1880’s land boom, Ivanhoe was established as an area of high socioeconomic status, claimed to be the ‘Toorak of the North’. The spread of Melbourne after World War II saw the remaining parts of Ivanhoe transformed by suburbia, perpetuating Ivanhoe’s reputation as a suburb of comfortable housing, leafy streets and private schools. 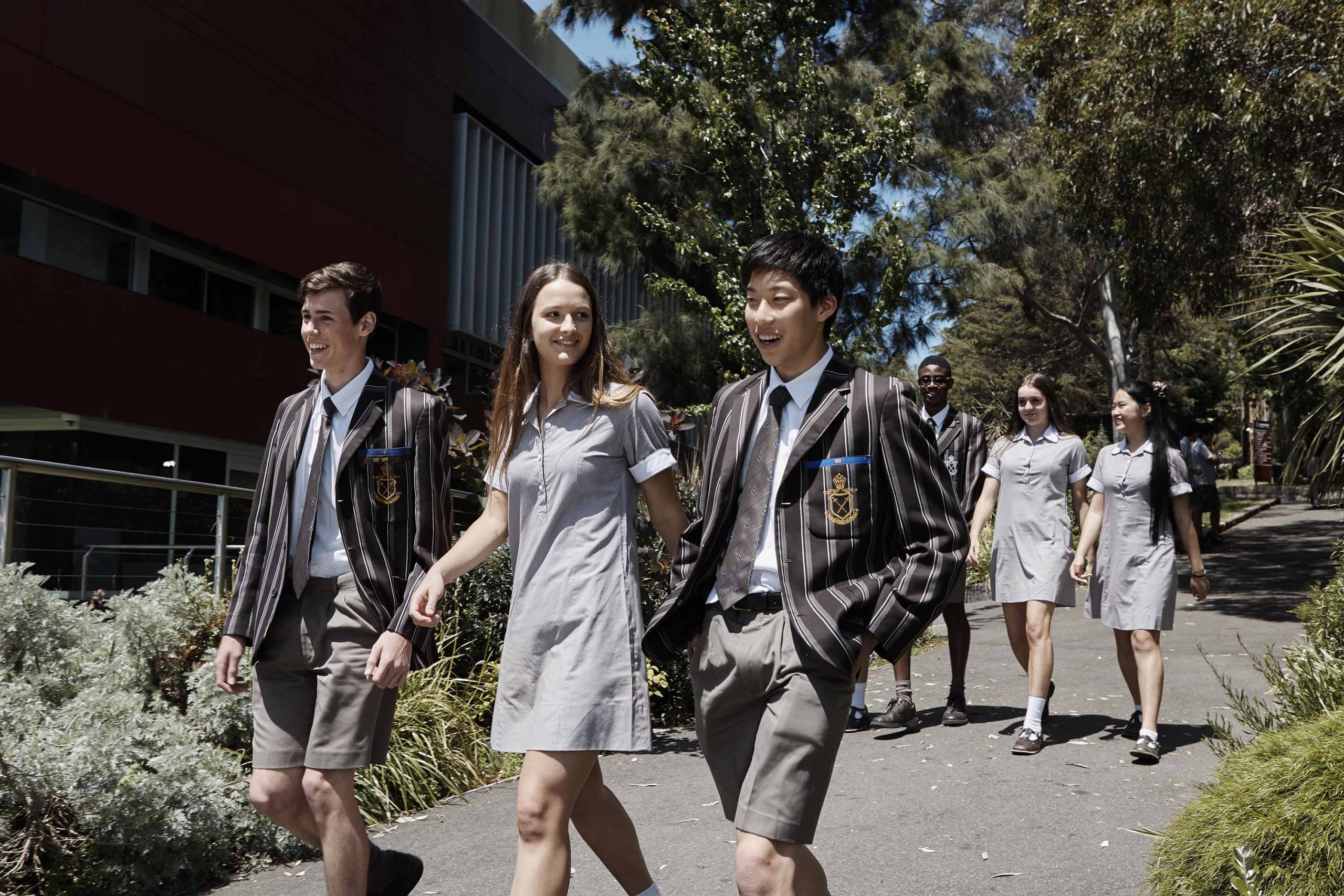 It’s been more than 100 years since it opened its doors in 1915. With 12 students in a Parish Hall, Ivanhoe Grammar School has grown to become one of Melbourne’s leading private schools. Today, it is a multi-campus, co-educational school offering Early Learning to Year 12. Melbourne’s North have access to the inspired learning and exceptional educational outcomes on offer at Ivanhoe. Ivanhoe Grammar School also has an Australian Army Cadets (AAC) unit that is one of the largest in the state and a very strong sports department.

Ivanhoe Girls’ Grammar School, is an independent, Anglican, day school for girls. Established in 1903, the school has a non-selective enrolment policy and currently caters to over 1000 students from the Early Learning Centre (ELC) to Year 12. With more than 117 years of experience in finding and nurturing the strengths of their learners, Ivanhoe Girls’ continues to provide a personalised education for each girl to explore and extend herself academically, socially and culturally, while developing a disposition founded on integrity and generous service to the community. 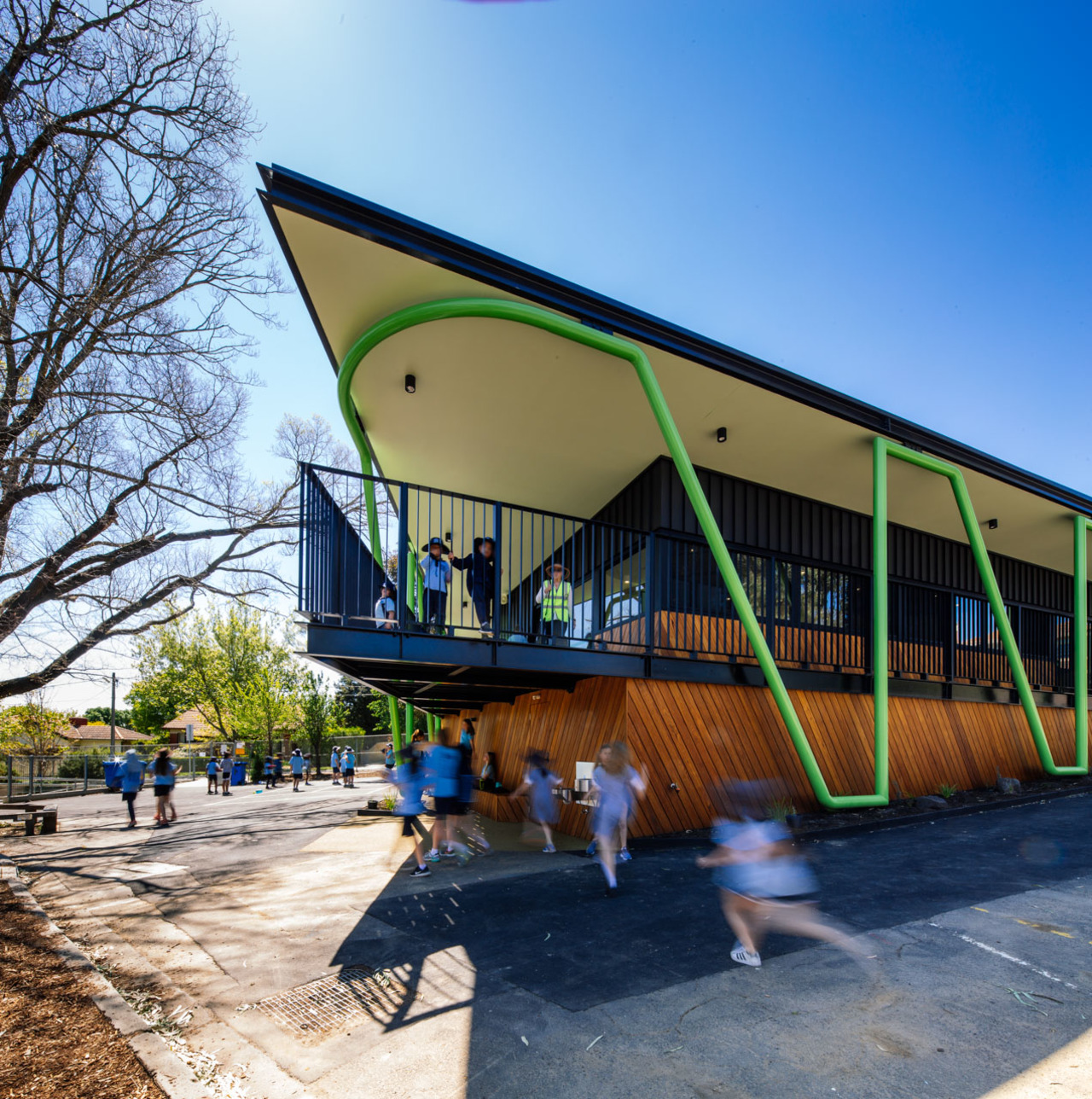 Ivanhoe Primary has provided the local community with a high-quality education program for over 150 years. It has a rich history dating back to 1853, with William Wood as Headmaster of 55 pupils in a timber building on the corner of Waterdale Rd and Upper Heidelberg Road. Ivanhoe Primary School encourages the development of the whole student – supporting learners in becoming curious, reflective and critical in their thinking as global citizens. 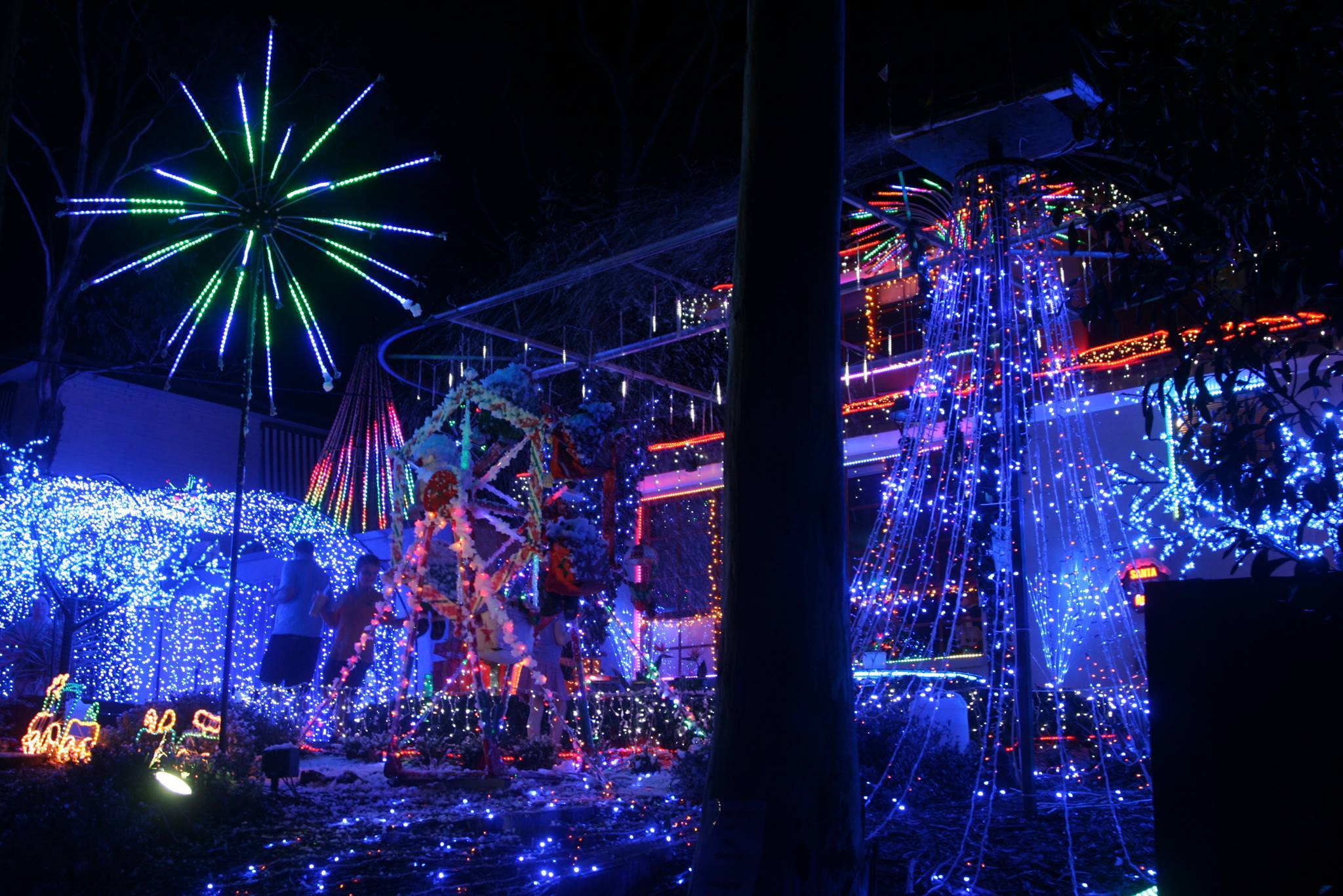 A lot of people travel into Ivanhoe for the Boulevard Christmas lights which have been a wonderful tradition for family and friends. A far cry from the handful of first lights strung up in the 1950s, the lights at Ivanhoe have now grown to encompass almost 2km of houses, gardens, windows and community spaces. Decorated with all manners of Christmas fun from inflatable Santas to nativity scenes – some are even set to music. There is a real carnival atmosphere as families mill around and buskers, bands and other live music provide extra entertainment. For 2020, Boulevard Lights will be bigger, better and brighter in East Ivanhoe. 14 – 24 December 2020* between 8.30 pm and 11.00 pm each night.

Ivanhoe has always had a strong, healthy and consistent growth trend for properties. The median property house price is sitting around $1.5 – $1.6m over the past few years. For renters, the average rent price for a 3 bedroom in Ivanhoe is $600 per week (September 2020).

In recent years, units have changed the landscape of Ivanhoe which have a median price of around $650,000-$700,000. We have sold some amazing apartments in Ivanhoe over the past year. There are many homes that fall within the multi-millions of dollars bracket within the area, however, some parts of Ivanhoe offer homes priced just above the $1 million mark.

This means that this suburb is a bit more expensive (especially for new home buyers) than surrounding areas. However, if you are looking for a family home or an investment property, Ivanhoe is a great option. 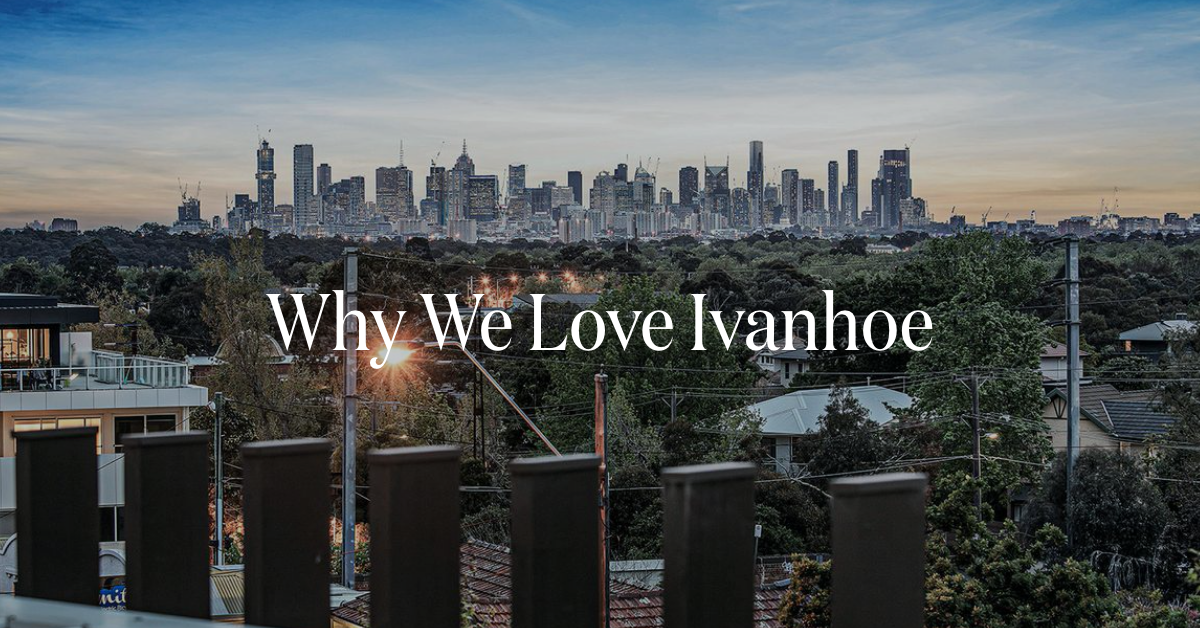 Ivanhoe is a beautiful, quiet, green suburb that has a lot to offer. We have a lot of experience with properties in Ivanhoe and we would love to share this beautiful suburb with you. If you are looking to rent or buy, please give us a call. Check out the latest property listings in Ivanhoe here or check out some of our recently sold properties in Ivanhoe.